Data Visualization Case Study: How Bad Is Your Commute? 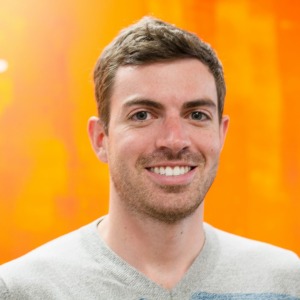 Hi, I’m Chris and I teach Data Analysis with R!

Data Analysis with R is a mouthful. Whether you know a lot about analyzing data or are looking to share numbers in a presentation, I want to show you how easy it can be to make sense of data and communicate it to an audience. Let’s start with a question.

How long does it take you to get to work?

My Udacious colleagues travel all across the Bay Area with commutes times as long as 2 hours and as short as 2 minutes. With your commute in mind, can you think about which cities have some of the worst commutes in the world? Go ahead, jot down some cities.

IBM conducted a Commuter Pain Survey (2010) and determined which cities had the most commuting woes, such as terrible traffic and crowded busses. Researchers ranked 20 cities on a “pain index” based upon many issues. One way of making sense of this data is by looking at a table like the one below. How does your list of cities compare?

While this table delivers the data, our brains digest data visualizations, like bar charts and scatter plots, much faster than numbers. If you have ever scanned an excel spreadsheet, you know what I mean. Here is the same data in a visualization.

Made in R with safe colors for those who are color blind. I actually like this better.

By reordering the data, the visualization draws the eye towards the worst cities at the top of the diagram and the less “painful” cities towards the bottom of the chart. Additionally, color serves to draw the eye to particular cities: Beijing, Mexico City, and Berlin. Color might seem like an odd addition to the bar chart, so let me connect it to another visualization.

The chart above shows the percentage of drivers who would spend more time working if their commute times were considerably less. Notice that even though Berlin’s pain index is about a quarter of Beijing and Mexico City (from the first diagram), the same percentage of drivers would prefer to work. Now that’s dedication!If you want to dedicate time to create visualizations like this one, then join myself and members of Facebook’s Data Science Team in Data Analysis with R. I know commuting can be a pain but making sense of data should be easy.

Check out the course

Chris Saden
Full-time educator, part-time programmer, and lifelong learner. You can find me online, tweeting about education and data. Do great and do good.
View All Posts by Chris Saden