A Udacity Nanodegree program helps prepare learners for the new world of work, and many Udacity graduates go on to land their dream jobs with top companies around the world.

Let’s take a look at some of the top companies that have hired Udacity grads.

But first, let’s review what a Udacity Nanodegree program is and why it’s so attractive to both employers and job seekers.

A Nanodegree program is a project and skills-based educational credential program. It allows learners to gain skills to make them more employable and they participate in project-based learning, which gives them hands-on experience they can apply to future jobs.

With so many benefits to offer students, Nanodegree programs are expected to play a big role in the future of online education.

Also, Udacity often offers scholarships for Nanodegree programs to talented individuals, and these scholarships can have a big impact in helping students meet their professional goals.

To understand the impact of Nanodegree programs, we conducted a survey of over 4,200 Udacity students.

Survey results showed that nearly 70% of Udacity students surveyed indicated that a Nanodegree program helped them advance their careers.

When looking at the various jobs our students have moved into since they’ve completed their Nanodegree programs, the top five spots went to:

The survey also found that the overall average time from kicking off a job search to receiving an offer was one to three months.

Most importantly, we wanted to see where these students found jobs after finishing a Nanodegree program. And, we discovered that students ended up working with some of the top companies in the world.

When looking at the survey results, certain top companies showed that they recognized the value that our students can bring to their workforce and hired several Nanodegree program graduates.

Here are the top companies that hired Udacity Nanodegree graduates.

As a global management consulting company with over 500,000 employees worldwide, Accenture is a leader in strategy, operations and more. This company hired nearly 20 Nanodegree program graduates for various roles in the organization.

With a culture focused on the development of long-term careers, new graduates are sure to find Accenture appealing as a prospective employer.

It also has a reputation for community involvement, and for Nanodegree program graduates looking to work for a company that’s committed to helping employees make an impact and connect with like-minded individuals across the world, Accenture is an ideal choice.

As one of the largest employers in the United States, there’s no shortage of jobs for any skill set within Amazon. In fact, 25 Nanodegree program grads work at this top company.

New Nanodegree grads were attracted to how much opportunity for growth the company offers, from working in corporate offices to manufacturing to warehouses.

With over a million employees globally and offices around the world, Nanodegree  graduates are often attracted to the possibilities that working for such a global giant offers.

Since the early 80s, AT&T has been blazing a trail in the world of telecommunications.

Of the graduates surveyed, 41 have gone on to work for this market-leading company.

Known for competitive salaries, great benefits and a strong culture, it’s no wonder so many Nanodegree program grads were drawn to AT&T as an employer.

Known for groundbreaking technology and innovation, those aspiring to get into a tech career often look at Google as an ideal employer. In fact, 33 Nanodegree program grads have gone on to work at this technology giant.

Not only does Google offer the opportunity for creativity and out of the box thinking, it’s also notable for its unconventional work environment — perfect for those looking for something a little different than the typical nine to five.

If there’s a company that has learned how to stand the test of time, it’s IBM. In operation for over 100 years, IBM is a model of what constant evolution looks like.

For people looking to join an organization known globally for offering cutting-edge technology, roles including engineers, developers and analysts are all part of the massive job force IBM employs. Additionally, 20 Nanodegree program graduates have been hired at IBM to support various tech roles in the company.

Build Your Resume with a Nanodegree Program

By choosing to enroll in a Nanodegree program, you’ll be able to apply your skills on day one of your dream job. With Nanodegree programs covering levels from beginner to advanced, finding the right program is easier than ever.

Interested in gaining new skills so you can chase your professional dreams?

Check out our catalog  to find the right Nanodegree program for you. 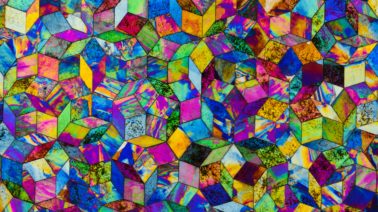