From a Waiter at Denny’s to a Software Engineer at Microsoft : Student Story

November 11, 2020 | 2 min read
Ritika Pradhan
Back From a Waiter at Denny’s to a Software Engineer at Microsoft : Student Story
Share

If you meet Francisco Gutierrez today, you’d think that he has always had it made. He has two lovely daughters, a great job as a Software Engineer at Microsoft. However, that journey was not without its challenges.

Prior to joining Microsoft, Francisco worked at Denny’s as a waiter for more than 13 years. But, after his second daughter was born he decided to make a radical career change that would alter his professional life. “The restaurant money was enough to pay the bills but not what I wanted to do,” said Francisco.

In January 2018, he was chosen to participate in the Grow with Google Udacity challenge. “I worked hard to complete the challenge and was awarded a full scholarship for the Mobile Web Specialist Nanodegree. I loved it. The Nanodegree program took me step by step.  To this day, I keep applying the acquired skills. After my Nanodegree program, I was able to land an internship at the San Diego Association of Governments (SANDAG). Six months later I got accepted to Microsoft LEAP—an apprenticeship program offered by Microsoft. Around 750 people had applied to the program and only about 150 people got an interview and I was one of the 35 apprentices who made it to the program,” he added.

Once he completed his apprenticeship at Microsoft, he had other options. “I could go back to SANDAG and get a full-time job with them since they were very pleased with my work during the six months I worked there. I also had the opportunity to make it to the last interview for the LinkedIn REACH program. However, I accepted an offer from Microsoft for a Software Engineer position.

“Udacity really made a difference. First, the Nanodegree program had a great selection of courses providing specific skills to actually get hired. This is better than self-studying and learning random skills that in the end don’t help on the job hunt.

“Then, the projects at Udacity helped me create a portfolio for recruiters to look at. Finaly, and probably the most important part of the Nanodegree program, was that I got to meet amazing people that eventually helped with my career. It was my friend Heggy, a colleague from Udacity, who told me about the opportunity at Microsoft.

“Udacity offered career services that taught me how to write an effective cover letter and resume that recruiters would actually look at.” 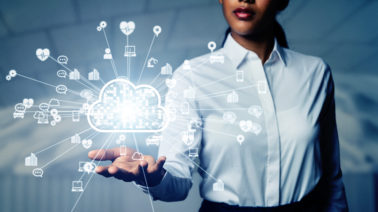