A 5-Year Plan For Career Success

We’ve all struggled with motivation when it comes to launching or advancing our careers. For some of us, the big picture can feel overwhelming, and we have to adopt a one-task-at-a-time approach. For Raul Maldonado, a recent graduate of the Data Analyst Nanodegree program, the opposite approach proved the most successful. He found career success only when he established an ambitious five-year plan for himself.

The roots of his plan go all the way back to elementary school, and this is his story.

Raul’s educational background was originally in mathematics, which for him, began with struggle:

“As a child, I was always one level below the average in math, and I felt incompetent compared to peers.”

His determination to overcome these mathematical challenges and limitations became, at an early age, a defining feature of how he would tackle obstacles in his life. Over time, he grew from a child who loathed math to a young adult who relished the sense of accomplishment that solving math problems brought. When he finished high school, he aimed to take his achievements further, vowing to become the first member of his family to graduate with a college degree. Math—the catalyst that had shown he could overcome things he felt challenged by—was the only major he considered.

His collegiate years were challenging. Although he was on track to graduate, his career prospects were not the same as many of his peers, who were planning to pursue graduate studies in math.

“Between my part-time job and coursework, my GPA wasn’t so great. I decided against pursuing a Master’s program, and instead tried to get a job that would utilize my knowledge in applied mathematics.”

In his final year of college, Raul began his job search, but struggled to get any interviews. He lacked prospects, and worse, passion for his path. This changed when Raul decided to drop into a campus event focused on data science.

“I heard the panel describe what data scientists are usually characterized by: mathematic versatility; an ability to think outside of the box; and generally acting as a “Jack of all trades, master of none”. I felt so connected by these statements.”

Raul was energized in a way he hadn’t ever been before—for the first time, he was excited about a career path and motivated to get going right away. He had found his new purpose, and set himself his next challenge: to find himself an entry-level data science role within a year.

Raul had high hopes of landing a job, but quickly found that his mathematics background was not what recruiters were looking for.

“I applied to a myriad of jobs, but almost never received an interview. I felt so torn down by my lack of relevant experience.”

So he set his sights on a nearer term goal: learning the skills he needed. This would ultimately become part of his ambitious—but realistic—five year plan that carefully plotted his course for breaking into the data industry and culminated with him becoming a Data Scientist. The first step he identified: completing Udacity’s Data Analyst Nanodegree program.

“I knew almost immediately that it was the right decision. The material was engaging, I was learning so much every day, and I felt a familiar sense of accomplishment in overcoming a challenge with every course project I submitted.”

Suddenly, his career plan felt like it was moving! Raul relished the fact that he was gaining the practical data skills he needed, and receiving feedback on his use of industry-relevant tools. Being immersed in all things data pushed him to learn more.

“Having the ability to learn about concepts or problems one might encounter in a data analyst role was immensely beneficial. It was also really helpful to engage with other students who were eager, like myself, to discuss data topics.”

As he learned more about data, he also started proactively thinking about exactly how he would turn his new knowledge into the next step of his plan—finding his first data job.

“Udacity provided me the opportunity to gain industry tools and readiness when I couldn’t find the necessary skills and experience anywhere else. They helped me present this experience on my resume, so that I could target the industry I so wanted to be a part of.” 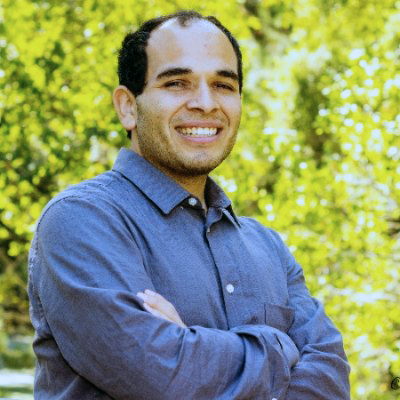 Emboldened by his new skillset, Raul started applying for entry-level data roles with a new sense of confidence. A month before graduating from his Nanodegree program, he received a call about an application for a data analyst position and was invited to interview.

With plenty of direct industry exposure to talk about, and relevant projects to point to, he impressed the company, and they quickly made him an offer.

He now works as a data analyst, the first key stage in his planned route upwards through his dream industry.

With plenty of direct industry exposure to talk about, and relevant projects to point to, he impressed the company, and they quickly made him an offer.

As you might expect, Raul isn’t stopping there! His five-year plan is still very much in place and he’s working hard to set the next four years of his scheme in motion.

“I’m succeeding in my five-year plan at this point, but I am still pursuing my overall goal of becoming a Data Scientist. I plan to enroll in the Machine Learning Nanodegree program within the year, and will continue challenging myself to learn more.”

Given his stunning record of unceasingly pushing forwards towards his goals, we have no doubt he’ll get where he wants to go!

We congratulate you, Raul, on building a future for yourself through overcoming mathematical challenges, being the first of your family to earn an undergraduate degree, and continuing your lifelong journey of challenging yourself to do more and learn more. We can’t wait to hear about the next four years!