The future of work and self driving car technology has become more than a buzzword among tech enthusiasts. If you think self-driving cars are still in the future then think again —  they are very much part of the present.

Sri Anumakonda is a 14-year-old high school student who has been learning about Machine Learning over the last year. At an early age, he knew he had a passion for autonomous systems and he is quite serious about it.

“I started my journey in autonomous vehicles with Udacity’s free Tensorflow courses. As part of these courses, I’ve built multiple projects for detecting skin cancer, detecting pneumonia, detecting distracted driving (I even put it in [a] car!) and made a lane detection model in the CARLA simulator.

“After that, I [became] passionate about autonomous vehicles but I did not know where to start. That’s exactly where Udacity came in. I started off with the Intro to Self Driving Cars Nanodegree program. I graduated from the Nanodegree program in three weeks.

“But, I did not want to stop there. I’m currently working on the Self Driving Car Engineer Nanodegree program and have already finished the lane detection and the advanced lane detection projects within a matter of a few days.” 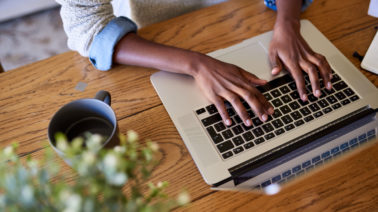