A Career in Motion: Darien Martinez Torres, and the road to Autonomous Systems

November 17, 2018 | 6 min read
Adam Lane
Back A Career in Motion: Darien Martinez Torres, and the road to Autonomous Systems
Share

A passion for learning sent Darien Martinez Torres back to the classroom after twenty years as a developer. Today, this two-time Nanodegree grad works on drones and flying cars! 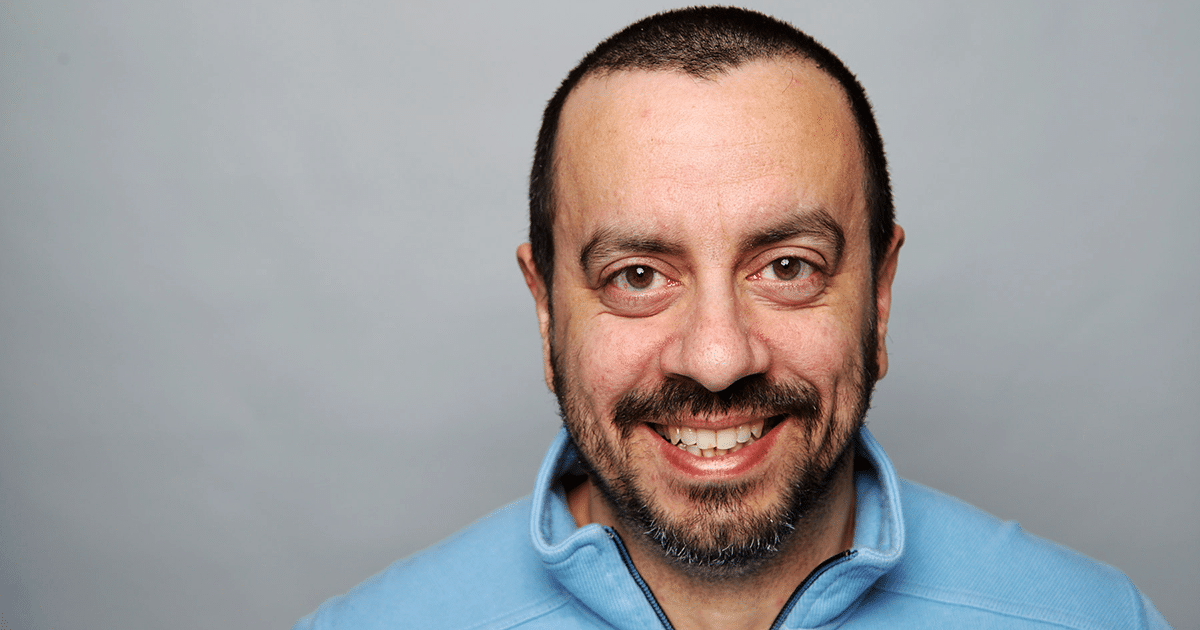 Darien Martinez Torres has nearly twenty years of experience as a software developer. For much of that time, he has worked as a contractor—jumping from role to to role as opportunities have appeared. He enjoyed the new challenges each job brought, but he also had a nagging sense there was something more out there for him.

When he heard about the Self-Driving Car Engineer Nanodegree program, he recognized an opportunity to reconnect with subjects he’d learned about years before—such as image and sensor processing. It sounded amazing, but also a challenge—he’d need to balance studying with the demands of work; not to mention family life with three children! Nevertheless, he enrolled and committed to studying hard, collaborating closely with a group of fellow students. He quickly realized that much in the field had changed, and there were many new skills he’d need to learn anew.

Darien has now graduated from two Nanodegree programs, and he’s doing something incredible—he’s collaborating with a group of fellow graduates to put his new skills into immediate practice, and he’s building out his own idea for a platform to share advanced experiments.

We chatted to Darien recently to hear about what drives his passion for learning, and to learn more about his exciting new collaboration.

Unlike a lot of students today who are exploring emerging technologies for the first time, you actually had an early head start, but it wasn’t something you pursued at the time. Can you give us a little of your history?

I’ve been a software developer since 2001, so I have a lot of experience in development. I finished my Master’s back in 2002, in signal and image processing. But I never did much with that—most of my experience since has been developing for enterprise applications. There was always something in me that wanted to go back and learn more about the things I had studied, but that I hadn’t made part of my career. So I started looking at different options to more formally pursue some of those topics and concepts.

Was that your motivation for enrolling in your first Nanodegree program?

Yes. I saw an advert for the Self-Driving Car Engineer Nanodegree program, and was fascinated immediately. I hadn’t realized the technology had advanced so much, to where there could be an actual program! So I thought, “Why not?” And I enrolled. It was something I wanted to do, so I felt strongly I should just do it.

What were your first impressions of the program?

It was completely amazing. My mind was blown by all the information in there. There was so much I thought I knew, that had actually changed so much.

“Some of the things I had studied before, but they were just research concepts back then. Now, they are part of day-to-day life. The reality of all the software, and how concepts have developed, was just astonishing.”

Given your early history with some of these concepts and technologies, were you still able to get value from the program?

It’s a completely different world from when I got my Master’s. I had used neural networks to do very basic things. But now there are so many more applications. And I’d never even been introduced to concepts like deep learning, or to using OpenCV. So for me, Udacity was both great for refreshing my knowledge of some parts I knew, and others where it was introduction to concepts that I’d never learned before.

Can you give us an example of how the technology has changed since you were last studying?

I had friends who went to work in robotics after we finished our Master’s programs, and I remember that one of my friend’s Master’s thesis was to make a robotic arm pick up a cup. It was amazing at the time. I’d always wondered how he did that. Now, those skills are so much more advanced, and Udacity students can learn how to do a much more advanced version of my friend’s work in just one project in their Nanodegree program!

While you were studying, I understand you were heavily involved with the community of students in your program?

I always tried to encourage people to get together. While I was studying, I formed a small group of students, and we used to work together and try to crack projects as a team. Some projects were really challenging, so it was a great source of support. I got very close with those students, and it was great to talk with people from all over the planet. One student from China, for example, we used to chat online all the time about our studies, and we still chat almost every day!

I did. While I was studying, I again bonded with a number of students online as we tackled projects together. We were studying together almost every night. This time, some of us arranged to actually meet up in Toronto, where I live. As we were planning that, we realized that one of the program instructors is based at the University of Toronto. We thought we’d try to visit, and I reached out to the instructor and they said “yes!” We went to her lab, saw what her team was working on, and chatted with people doing research in the field. It was so interesting and inspiring!

You were studying, working full-time, and you also have a wife and three children! How did you fit in time to study?

I had a simple strategy. Either I would wake up really early in the morning, while my kids and my wife were still sleeping, and spend a few hours each day studying. Or, I’d try the other end of the day, aiming to do it at night after everyone had gone to bed. Whatever was quietest!

“It can be hard, but I feel that to always be learning is important to me, so the effort was worthwhile.”

Now that you’ve graduated your second Nanodegree program, what’s next?

I want to build more projects and find new applications for everything I’ve learned. I have a couple of specific ideas, and I’m working to build something outside of work. I’ve been a contractor for a few years and, right now, I like what I’m working on—marketing platforms—but there are other things I am more passionate about. After my Nanodegree programs, I know there are fields that really challenge me, and that I have a real passion for. My dream role is something to do with robotics. That’s what I’m aiming for now. It’s something interesting that I feel I didn’t do in my previous years. So I’m going to try to get there now.

To land your dream role, you’re now working on turning an idea you had into a finished product. Can you tell us something about that?

For the more senior level roles I want to go for in the field, I decided I needed more practical experience. I believe that what I can do to get that is to make opportunities for myself. I’m now building out on an idea that I had when I first started my Nanodegree programs, which is to create a new platform for sharing experiments with drones. It’s an idea I’ve had in my head for a while, and I now have the skills to make it real. My aim is to make it something that could be widely adopted and really useful to many people.

At the same time, I’m working with some of the people I met on the program, working as a kind of consulting group, to build a couple of different projects and problems. We’re focusing on a a number of projects related to drones and flying cars. It’s great!

“I really like that we can work on projects that actually physically exist in reality. Not just something in software—which I’ve worked on for years—but something I can see!”

Learning is clearly a passion you hold dear. Do you think your work as a contractor has particularly informed this lifelong learning mindset?

For sure. When you are a contractor, you can’t just hang around and wait for the next contract to arrive. You need to be on top of new things, and know all about the latest knowledge and technology. You really need to learn to stay to stay in-demand and employed, because contract roles can be so unpredictable.

I think at different places I’ve worked as a contractor, there are good, talented people who know what they are doing. But they also get too used to being in the same place, and they stop developing.

“I think that you need to always be in motion in your career and with your skills—otherwise everything will change faster than you will.”

Thanks so much for talking to us Darien, and congratulations on becoming a two-time Nanodegree program graduate! We are so impressed by your commitment to keep up with such rapidly-changing technologies. And we’re sure your new collaborations will place you in a great position for future exciting opportunities! Please keep sharing your stories with us!