What Are Flying Cars?

I work in the field of flying cars. Yes, flying cars, really! It’s admittedly not a common field, but flying cars are very much a reality, and every day we get another step closer to full-scale adoption and application of this technology. That may come as a surprise to some, and I understand that, because there’s a lot of misinformation out there. That’s why, in this post, I’m going to provide a working definition of what flying cars actually are and an explanation of how they cleverly make use of features from helicopters and airplanes. 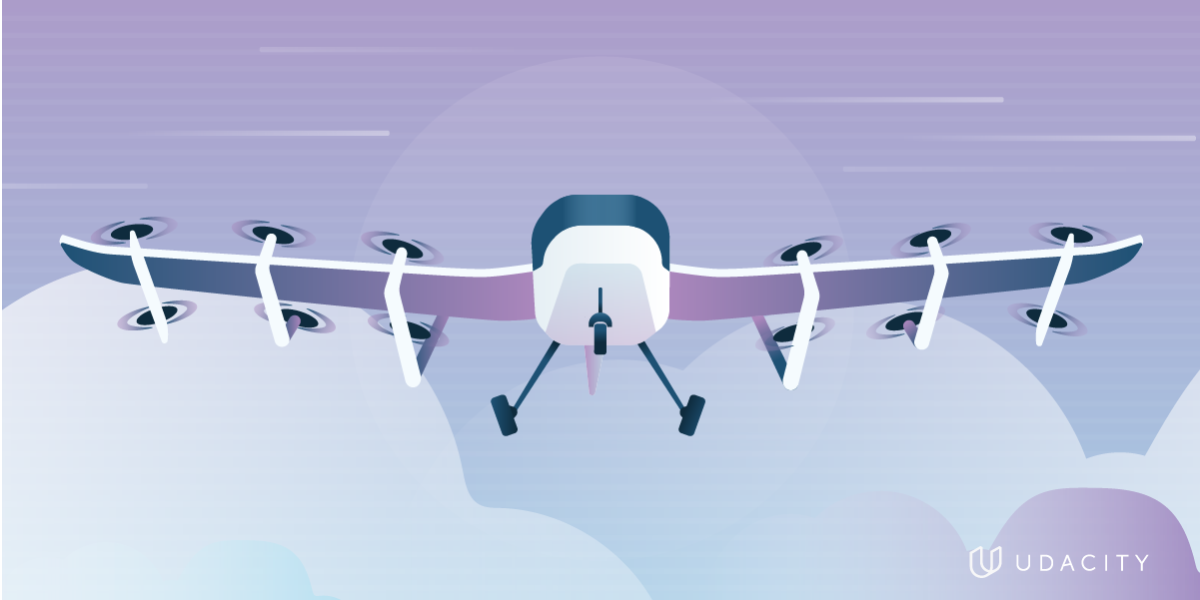 To begin, the definition of a flying car:

“A flying car is a hybrid vehicle that combines fixed wing and rotary wing aircraft capabilities.”

Another way to understand this, is to think of a flying car as being part helicopter, and part airplane.

This is essentially a “mechanical” definition, but there is more to the flying car story than just mechanics. Software development in the field of autonomous systems is a crucial component in making these vehicles not just an interesting research project, but also an appealing business solution for transportation needs. In short, combined wing capabilities make flying cars possible, and autonomy makes them viable.

To fully understand the revolution these vehicles represent, it’s important to recognize the advantages that come with effectively combining fixed wing and rotary wing aircraft capabilities. Let’s look at the pros and cons of a helicopter (rotary flight) and a plane (wing flight), so that we can understand why combining both capabilities is an optimal solution. 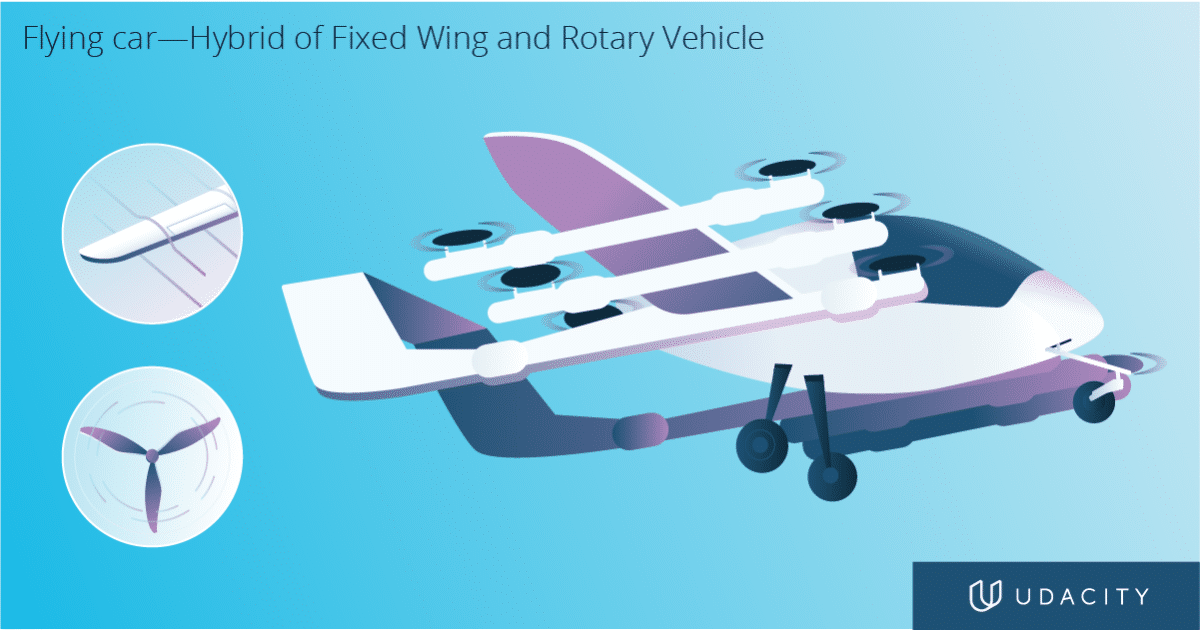 The primary advantage of a rotary wing is its capacity for vertical take-off and landing (VTOL). Why is this an advantage? Because it removes the need for a runway. As WIRED recently noted, “VTOL technology means aircraft can theoretically take off and land almost anywhere, making them far more flexible.”

In addition to VTOL capabilities, another benefit is ease of control. A helicopter can hover in place pretty accurately, which makes it safe to navigate an urban environment where you might need to stop at several waypoints, and where speed needs to be constantly modulated to respond to external conditions. 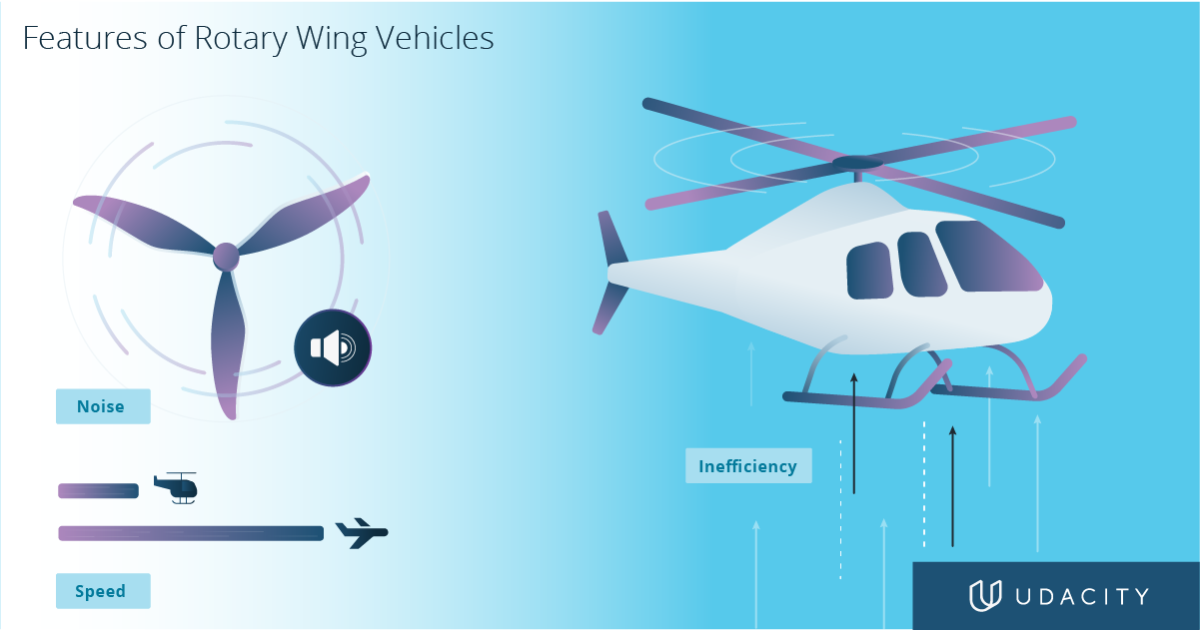 So what’re the disadvantages of rotary wing aircraft? 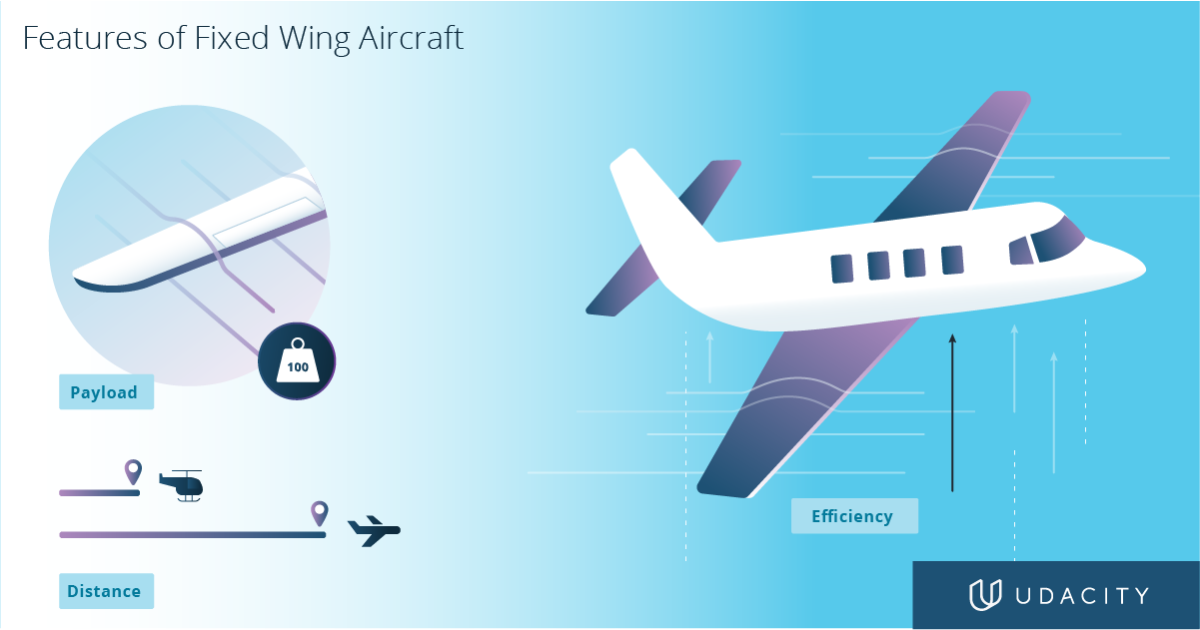 As to the main disadvantages of fixed-wing aircraft, there are two:

It should be noted that the features that a flying car utilizes from a fixed-wing aircraft and a rotary wing aircraft are not necessarily a perfect reconciliation; noise and weight disadvantages of a rotary wing vehicle remain. But it’s pretty close to ideal, and it’s why flying cars represent such a compelling mechanical breakthrough.

If you want to know more about the technical aspects of path planning, controls, flight estimation, and autonomous flight, Udacity’s Flying Car Nanodegree program is the place for you to learn the technical skills, alongside the tools you need to create real-world applications. And if you are interested in autonomous engineering beyond flying cars, check out the rest of the Nanodegree programs in the School of Autonomous Systems: