';
Career Guidance - Featured Blogs - Learning and Motivation
The Importance of Persistence and Curiosity in a Knowledge Economy 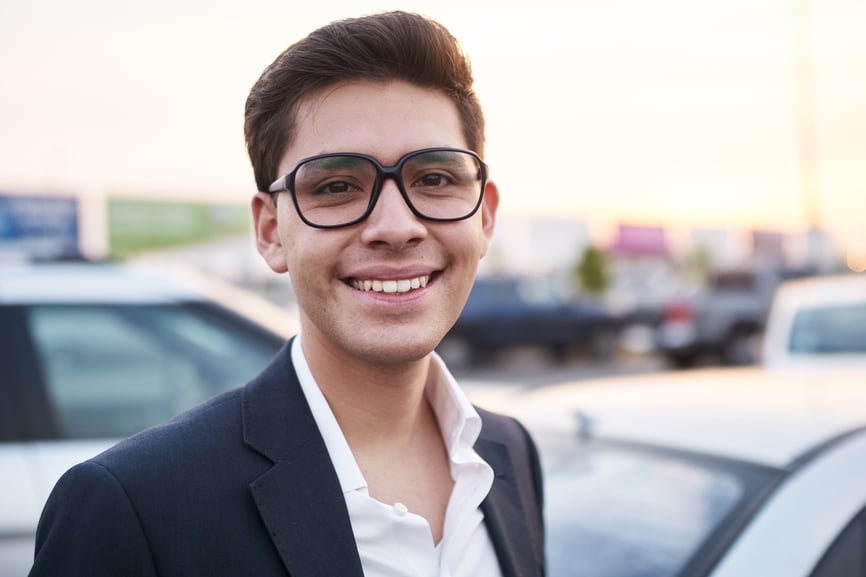 Understanding how persistence and curiosity can impact one’s career goals is important for anyone at any stage of career development, particularly in light of our continuing transformation into a knowledge economy, and the critical importance of embracing lifelong learning. It is especially important to recognize how the skills you learn, the knowledge you accrue, and the experience you gain, can translate to “value” for both yourself, and for employers. Finally, it can be instructive to explore concepts like planned happenstance and growth mindset, and to investigate differences between persistence and resilience, in order to effectively identify your personal strengths, and those areas you want to improve on.

The two most important traits in a job candidate

A recent Business Insider article highlighted an episode of Reid Hoffman’s podcast “Masters of Scale” that featured Alphabet’s Eric Schmidt as the guest. In the episode, Schmidt identifies what he believes to be the two most important traits in a job candidate—persistence and curiosity.

The combination of persistence and curiosity is a very good predictor of employee success in a knowledge economy.

To explore the implications of Schmidt’s statement, we can begin by looking at what is meant by the term “knowledge economy.” Definitions vary, but Investopedia offers a comprehensive and systemic look at the concept, with a particularly significant section focused on education:

The knowledge economy addresses how education and knowledge—generally called “human capital’—can serve as a productive asset or a business product since innovative and intellectual services and products can be sold and exported and can yield profits for the individual, the business and the economy.

The “prove it” economy

A recent post here on the Udacity blog highlights an Atlantic article that covers similar territory, but gives the concept a different name:

The country has entered a “prove it” economy in which codified skills are currency. It’s driving a revolution in how education is constructed, delivered, used—and credentialed. Even as degrees, from associates to doctorates, proliferate, they are joined—maybe trumped—by thousands of resume-worthy credentials from shorter, non-degree programs.

While the terminology may be different, the principle is the same—what you know is valuable; both to you, and to your employers.

Lifelong learning, and the creation of value

Planned happenstance, and your career

Persistence and curiosity also play an intriguing role in something known as “planned happenstance theory”; a theory associated with career theorist John Krumboltz. The central premise of the theory is that chance events can have significant impacts on your career path, and one should accordingly find ways to encourage beneficial chance events to happen. An article in Science Magazine about planned happenstance describes it in this way:

Just like you can’t win the lottery if you don’t buy a lottery ticket, in order for unexpected events to impact your career, you must place yourself in positions in which chance events can happen.

This same article then goes on to say that, “Planned happenstance theory suggests that five skills help individuals create chance events.” First and second on that list of five skills? Persistence and curiosity.

It is tempting to equate persistence and curiosity with the concept of growth mindset. Psychologist Carol S. Dweck, who has pioneered the growth mindset concept, has written that, “In a growth mindset, people believe that their most basic abilities can be developed through dedication and hard work—brains and talent are just the starting point. This view creates a love of learning and a resilience that is essential for great accomplishment.”

In her work, Dweck defines both growth mindsets and fixed ones. In doing so, she establishes a clear delineation that lends itself to powerful exhortations in favor of embracing a growth mindset. In her influential book Mindset: The New Psychology of Success, Dweck writes:

No matter what your ability is, effort is what ignites that ability and turns it into accomplishment.

Statements like these enable us to witness and understand both the similarities and distinctions between Schmidt’s “persistence and curiosity” and Dweck’s “growth mindset.” For example, our analysis of Schmidt’s quote above led us to the conclusion that lifelong learning has clear value as we pursue career success. In the Dweck quote above, we can see her connecting growth mindset with a “love of learning.” However, with Schmidt, we see curiosity being held up as an ideal, whereas with Dweck,  we see dedication and hard work being praised.

Be curious, persist, and succeed!

If we circle back to Schmidt’s quote, we can now understand it as an exhortation to stick to a learning path (curiosity), and to resist those influences that might threaten to take you off track (persistence). It’s a strong recipe for career success, and we see these traits in Udacity students every day. These are individuals who have taken it upon themselves to learn something new, and despite the pressures of the outside world (work commitments, family obligations, financial pressures, etc.), they stick it out, and they learn, and they achieve, and these achievements make new and better futures possible.

Ready to unleash your persistence and creativity? Enroll in a Nanodegree program today!

Christopher Watkins is Senior Writer and Chief Words Officer at Udacity. He types on a MacBook or iPad by day, and either an Underwood, Remington, or Royal by night. He carries a Moleskine everywhere.

Other posts by Christopher Watkins