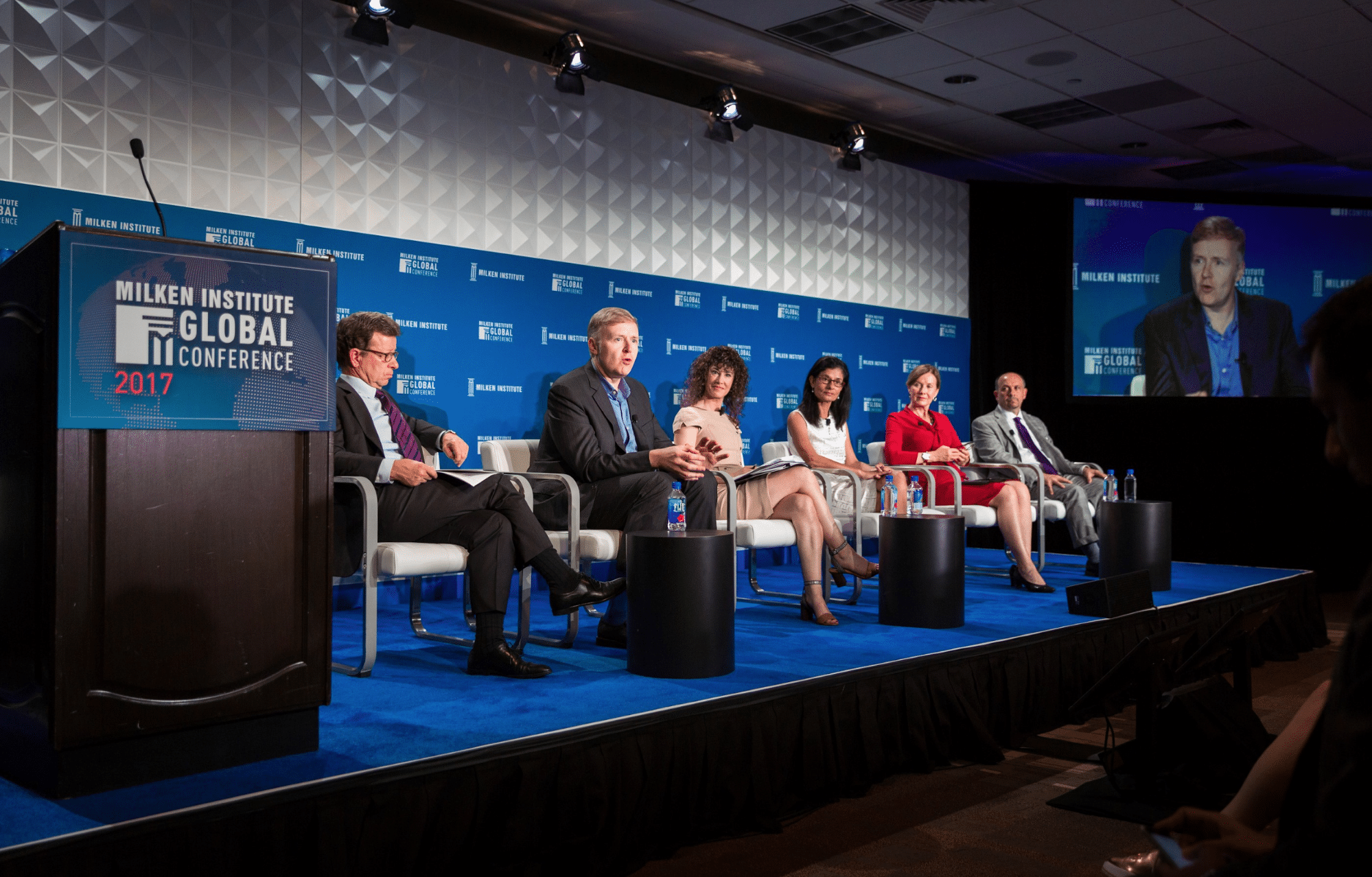 The Milken Institute describes itself as “a nonprofit, nonpartisan think tank determined to increase global prosperity by advancing collaborative solutions that widen access to capital, create jobs and improve health.” In addition to producing actionable policy initiatives, and publishing important reports focused on issues related to human, financial, and social capital, the organization holds an annual Global Conference every year.

This year’s conference, with a theme of Building Meaningful Lives, concluded on May 3rd. Shernaz Daver, Udacity’s Chief Marketing Officer, spoke at the conference, on a panel called “Unbound: Retraining The American Workforce.” Joining her were the following panelists:

The goal of the panel was to tackle questions related to this premise:

“Millions of Americans have lost the jobs they were trained for as the employment needs of entire industries have shifted, and millions still in the workforce lack the skill set for tomorrow’s jobs.”

(Watch the full panel below!)

Shernaz delivered opening remarks focused on the concept of lifelong learning, and provided three specific reasons why everyone must become a lifelong learner:

Lifelong learning can be understood as a necessary strategic response to a rapidly changing employment landscape.  Each of us must develop and pursue a personalized learning plan that ensures we remain relevant, valuable, and valued.

Udacity itself, as Shernaz makes clear, can also be understood as a strategic response to this new landscape. In keeping with the conference theme of “Building Meaningful Lives,” our goal at Udacity is to connect learning to jobs, in ways that simultaneously connect meaning to employment. This isn’t just about learning skills or fulfilling a role. It’s about building a life for yourself and your loved ones. It’s about being part of the world, finding a purpose, and being a participant in the modern economy.

Our Nanodegree programs are essentially our company’s goals made manifest—as Shernaz describes it during the panel, a Nanodegree is a “micro-credential” program designed to produce one of the following results for graduates:

Industry partnerships are critical to our program model, and companies work with Udacity in a number of key capacities, including:

Curriculum Partnerships. In this scenario, companies collaborate on developing curriculum for a given program. This model has two signature benefits: 1) Students are guaranteed relevant, valuable, up-to-date content, and 2) Companies have a qualified talent pipeline to hire from.

Hiring Partnerships. Here again, employers and students are both beneficiaries. Graduates get early access and fast-tracked consideration for new roles, and employers get first look at uniquely qualified talent.

Corporate Training. Companies are using Udacity to retrain their own existing workforces. During the panel, Shernaz tells the story of Aaron McLean who, as part of AT&T’s highly successful technological pivot, was able to not only advance himself in the company, but also many members of his team, through enrolling in Nanodegree programs with the support of AT&T. You can read Aaron’s story here.

Udacity is pursuing other new partnership models and opportunities as well. During the panel, Shernaz introduced a pilot initiative from Udacity that is launching in Reno, Nevada this month.

Through a new public and private partnership with local Reno employers (ranging from startups to the largest IT employers in the area), EDAWN (Economic Development Agency of Western Nevada), and the state and local government, Udacity will train residents to become full stack web developers—skills currently in high demand in Reno. Students will enroll in Udacity Connect, our accelerated learning program that offers a blend of online courses and in-person study sessions.

The goal is to help employers train their employees in the latest technology areas, and also get access to new talent in Reno. Employers will get their top choice of graduates from the program, and reimburse these graduates for the program costs if they hire them.

The Impact of Automation on Job Creation and Job Loss

There is no question that the challenges facing both new and current workers in today’s economy are significant ones. Within seemingly every new disruptive technology lie the seeds of both promise and peril. On the one hand, innovative new technologies extend and augment our human abilities in incredible ways, giving us unimaginable powers, and freeing us from time-consuming repetitive work to pursue more creative endeavors. On the other hand, many of these technologies seem poised to eliminate jobs, leaving even more people out-of-work.

The panel concluded with audience questions, one of which prompted a statement from Arthur Bilger about the potential impacts of automation and other transformative technologies on job loss and job creation:

What’s going to happen is, I really do believe, lots of NEW jobs are going to be created.

Bilger goes on to detail a use case in which a data-driven marketing department of ten becomes a team of two in a post-automation scenario. At face value, this is job loss. However, as Bilger notes, this kind of job loss is happening simultaneous to more and more companies adopting data-driven marketing strategies, which is resulting in job growth for data and analytics roles across a wider array of industries. So the net result is actually more jobs, not less.

This is all happening already, but the extent to which we actually benefit from this transition depends on the degree to which we all commit to lifelong learning.

As was said many times at the conference, it’s about building meaningful lives.