Today, we’re going to Google’s annual technology conference, Google I/O, to explore the themes of design, development, and distribution. And we’re not showing up empty-handed.

Peter Lubbers, who runs scalable developer programs at Google, recently told The New York Times, “We want to fast-track the best practices at a large scale. We want all the techniques we know about to get out to the market.”

When you take any one of these courses, you’re learning a curriculum developed and taught by Google experts.

Lubbers says, “We are building this curriculum because we believe it reﬂects what developers everywhere should know. We also hope that this curriculum is useful for the Android, Cloud, and Web development communities.”

We’re inspired to bring you courses with this all-star lineup: 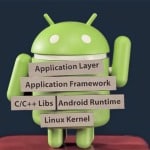 Learn Developing Android Apps: Android Fundamentals with Reto Meier, who leads Google’s Scalable Developer Advocacy team. Reto is passionate about helping developers build the best possible apps, and is the author of the Professional Android Application Development series of Android books from Wrox that have been translated into 6 languages. In this course, Reto teaches you Android fundamentals alongside Google Developer Advocates Katherine Kuan and Dan Galpin. Learn Developing Scalable Apps: Using Google App Engine with Magnus Hyttsten, a Developer Advocate at Google. He is an uncompromising software technologist and product marketing fanatic that likes to work in fast-paced environments. Prior to joining Google, he was working for a company in the Telecommunications’ Industry that he co-founded and worked as CTO for since 2000. Developing Scalable Apps is also taught by Google’s Jocelyn Becker. Learn Web Performance Optimization: The Critical Rendering Path with Ilya Grigorik, a Google web performance engineer and the author of High Performance Browser Networking (Apress, 2013). Prior to focusing on web performance, Ilya spent 5 years measuring and optimizing performance of social campaigns – he was the founder of PostRank, which was acquired and integrated into Google Analytics.

We’re proud to continue our tradition of teaming up with Google to create courses for developers to expand their toolkits. Join us – we can’t wait to see you in class!